Jakarta, 2022 – The Ritz-Carlton Jakarta, Pacific Place is delighted to announce the appointment of Willmer Colmenares as Executive Chef of the Hotel. Chef Willmer brings years of experience in the culinary industry, including his in-depth expertise in food creation and strong records of accomplishments in F&B business development.

The Journey of Chef Willmer 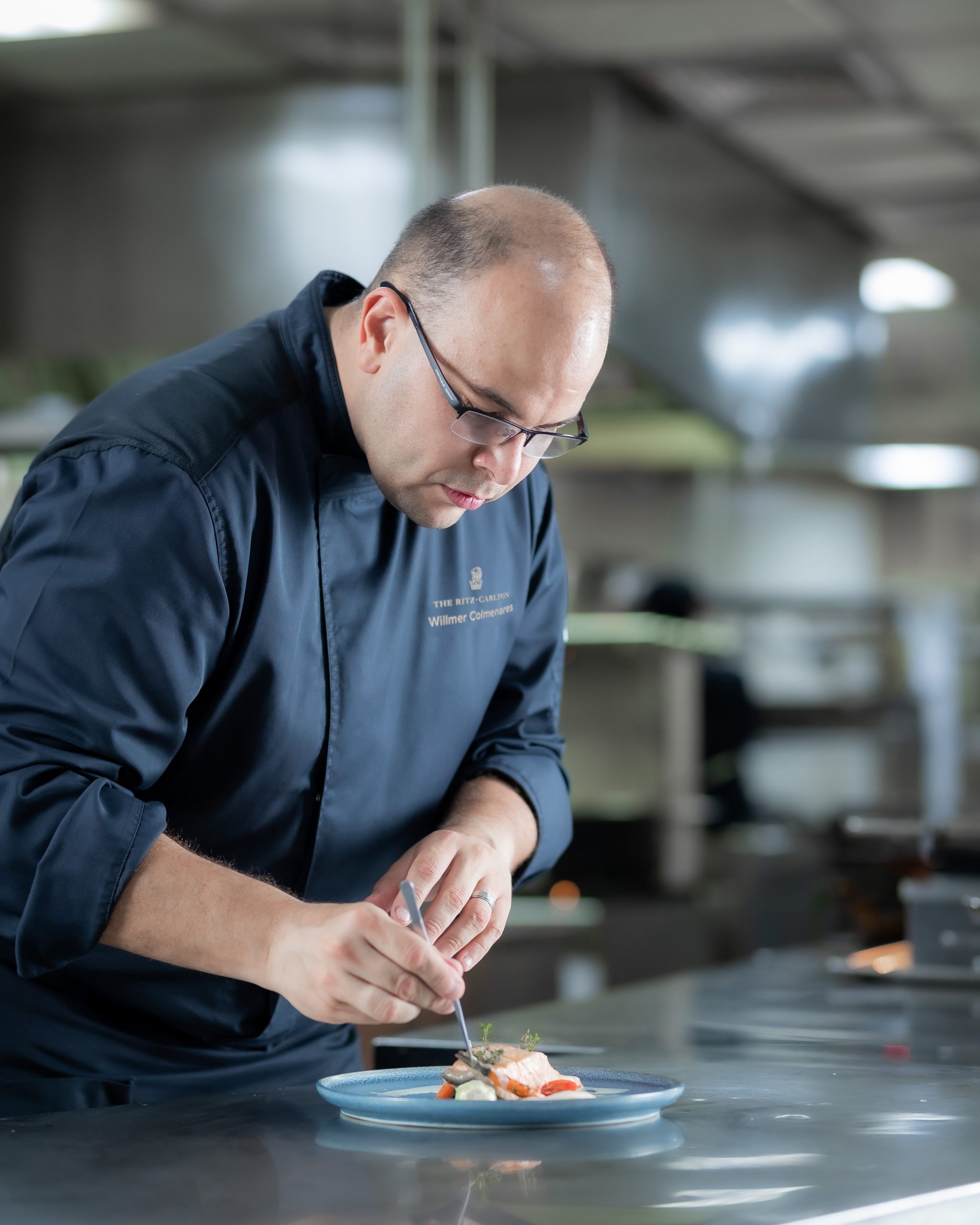 Chef Willmer began his culinary journey back in Venezuela when he was 16 years old. He later moved to Spain in 2001 where he had the opportunities of working at Michelin-starred restaurants and with leaders of the industry; first in Madrid at Balzac Restaurant with Andres Madrigal and later at El Racó de Can Fabes, a 3-star Michelin restaurant, in Sant Celoni, Barcelona. The latest, where he dedicated himself under the direction of the renowned Chef Santi Santamaria, before moving to London, United Kingdom in 2003 to work with the Michelin-starred Chef Pierre Gagnier at Sketch Restaurant.

He has also worked with some other big names in the culinary industry that have contributed to his expertise in the kitchen, including Michelin-starred Chef David Collar in Memories Restaurant.

His dedication, passion, and creativity led him to move to Shanghai, China, in 2013. He managed the culinary team for seven “CHAR Bar and Grill” properties across Greater China as well as developed creative culinary & restaurant concepts for the prestigious dining establishments, three of which won The Michelin Plate & Black Pearl awards. In October 2022, he finally made Jakarta his home, becoming the Executive Chef of luxury hotel The Ritz-Carlton Jakarta, Pacific Place. 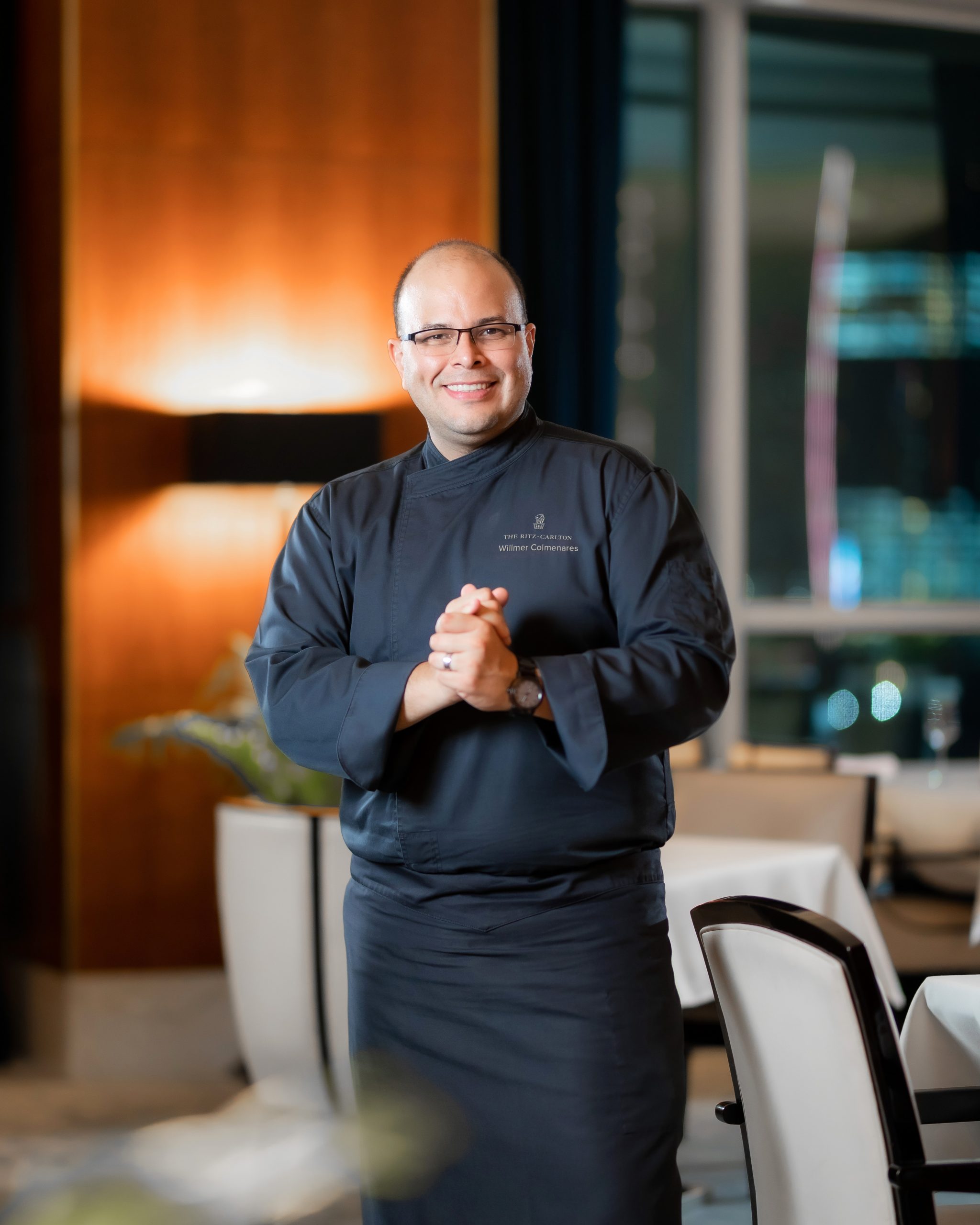 In his current role at The Ritz-Carlton Jakarta, Pacific Place, he oversees the overall culinary department of the Hotel, providing exquisite catering for prestigious events at the Hotel, which features the second-largest Hotel Ballroom in Southeast Asia that caters up to 8,000 people, as well as for in-room dining and the award-winning PA.SO.LA Restaurant & Lounge.

For many years, he is known as the “Beef Master” for his expertise in presenting meat on different levels and cooking methods. Modern French and Modern Latin cuisines are also part of his repertoire.

He believes that food should bring joy to everyone. Chef Willmer enjoys cycling in his free time since it helps him relax and learn more about the city and its culture. In addition, he loves to go to the local food markets to get inspiration for creating dishes that match the destination he is in.

Chef Willmer’s extensive experience in the industry equips him to bring the success of the Hotel and Restaurant to a completely heightened level. His strategic thinking and exposure to diverse and inclusive multicultural teams also inspire him to build a high-performance attitude whilst maintaining a sense of fun and purpose in his team. 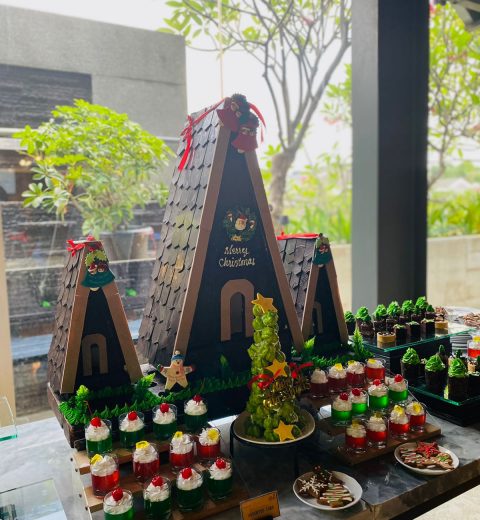 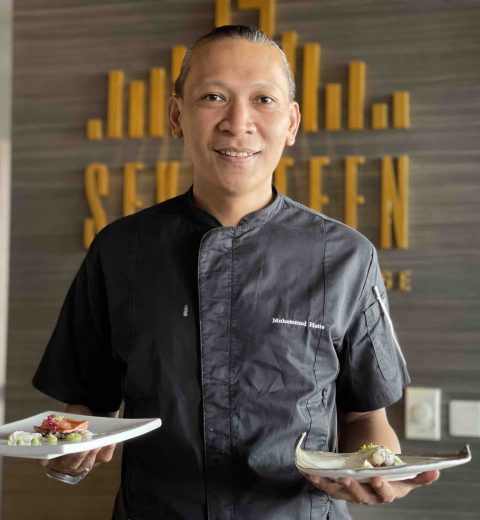 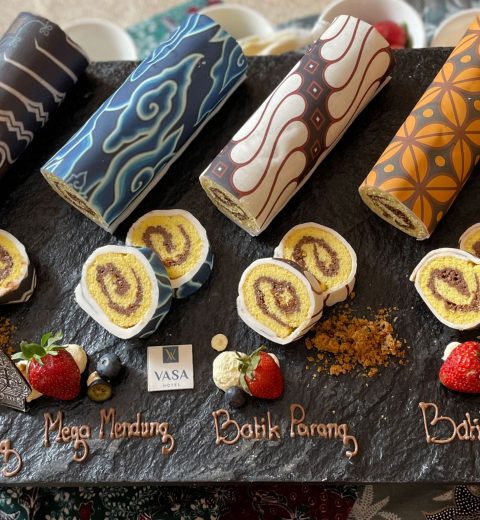